Collen Lepulana is a Boston Business College Graduate who studied IT from 2009 to 2011and qualified for Microsoft Certification and Boston IT Certification. His career started in 2011 with an internship at a company called Start-Up-Sity; which was an incubation company and focused on start-up and small business development. He worked with the idea and strategy development team and also focused on business planning and operations and led a team of 10 members in senior positions.

In 2011, Collen started a Web Design and IT company with 2 partners from college. Later in 2012, he published an online magazine which was his passion project. Along with the magazine, he partnered with a friend to run a modeling and artist management agency. In September 2013, he registered Whiteball Creative Solutions (PTY) LTD after resigning from his first company. To focus fully on the new company, he put his passion projects on hold.

Between 2014 and 2016, his company managed the entire IT department of Alex FM. With this appointment, Alex FM became the first community radio station in South Africa to have its own IT department managed by an independent company. To this moment, Whiteball still provides IT support to Alex FM as and when needed. In 2017 Collen was enrolled in the Enterprise and Supplier Development Programme run by Tran-Source and Grown Consulting.

Here Collen learned Business Analysis, Planning, and Management. Financial Management, Marketing, Human Resource Management, and Business Plan Evaluation and Implementation. In late 2017, Collen published a book titled Starting Up; where he talks about his journey in business. Presently Collen is the founder of mi-store.co.za, explorafela.com, qllen.com, thwii.com and  Alexandra business portal. These are online products under Whiteball Creative Solutions, which independently are set to become big brands as part of the company’s MISSION2025. His goal now is to make Whiteball the biggest internet company in Africa by building strong online brands starting with the above mentioned.

To this moment, Collen Lepulana has had 3 mentors and because of his passion to help others, he often helps start-ups in their entrepreneurial journey. In 2016 during his time at Alex FM, he was the host of a Gadget Show Feature on the afternoon drive. Late in 2018, he became the host of the Business Show at New Vision Radio.

Mr. Lepulana wants his company to represent a new dawn in business, and lead a company that is represented by 80% women in senior positions. This mission is described fully in the company’s mission and sustainability policy.

“I want to leave the legacy that goes beyond a big successful company” ~ Mr. PC Lepulana 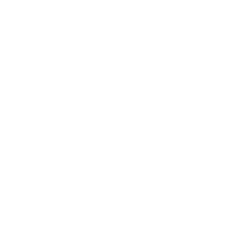